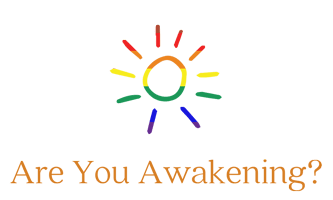 So What Exactly IS Darkness, Anyway?

Earth has been a planet of polarity for about 300,000 years.

Earth is in a free-will zone, which means that anything goes here.  You can make any choice.

Let’s look at that a little bit deeper.

When Earth was created, there were constructs created up to set the stage:

We use “space” to represent physical surroundings and bodies.
We use “time” to slow down the manifestation process so we can watch it occur in a linear fashion.
We created “polarity” so that we have choices to make as to what we prefer.

Then we incarnate, and we all play on that stage according to the rules of the game, learning who we are by our relationships with other people and situations that we create for ourselves.

In order to grow under these conditions, we need options.  That’s the free-will part. You can choose one thing, or you can choose its opposite.  You can switch at anytime.  Through these experiences, you learn who you are, what you prefer, and how you want to deal with similar things next time.

Darkness is one option.  Light is another.  Plus all the grays in between. Make any choice.

One would wonder, why we can’t just have a world of all light?  Why can’t everyone be happy all the time?

Well, they can.  Even in a world with plenty of darkness.  Because you have options from which to choose that have been lovingly placed for you. And each role is filled by a soul that has chosen to act out that part for you, so that you can decide who you are through your choice and how you deal with it.  And as people awaken, more and more people are choosing the Light.  That’s called ascension.

So why would anyone choose to be the Darkness?

Because you wanted options.  And your fellow souls want you to have what you desire, so it’s their honor to perform this service, even if it doesn’t look like it to you when something dark is happening.

This movie sent me into a pit of contemplation for a week about why such a display of senseless killing is still revered, despite the continuing positive shift in Earth’s consciousness.*

And after I got my self-righteous ego out of the way, I realized that it’s just providing options for any individual focusing on it.

Consider just a few options offered by a movie like this:

“You can make your problems go away by shooting them.”
“Even nice guys can react sometimes.”
“I love guns and stunts.”
“Revenge is a good way to vindicate your loss.”
“Here’s a movie to make you forget your problems for a while.”
“I would never do these things to anyone.”
“I wish I had a big enough parking lot to drift like that.”
“I bet this increases puppy adoptions by 500%.”
“God I hope I never have to fight like that in my kitchen.”
“He gets away with a lot.  I wonder if I could too.”

All options.  You get to choose what any event means to you, based on what you want to experience in your life.

So next time you try to define “Darkness,” remember that it’s really just “Light that Forgets it’s Light.”

*There is also a strong esoteric argument for displays of violence such as in John Wick in this day and time. This explanation relates to our Galactic History, and may or may not fit within your current paradigm.

Movies that feature such violence are created by individuals who are in the final playings-out of pre-integration Orion energy.  Since the Orion star system followed a brutal path from separation to integration—with millions of years of oppression that made Earth look like Disneyland—there are many energies that still feel like they haven’t finished dramatizing those low-frequency thought patterns left over from the Orion period. The entire Star Wars series is based on history of the Orion Star System; now you can see how many people on Earth are still processing these thought forms.

So an incarnation on Earth—one of the closest regions that still welcomed polarity—was a choice for many of these individuals. They’ve already chosen a path, either Service to Self, like those consciously choosing to inflict pain on others; or Service to Others, in the form of athletes, actors, or fans of these things, choosing to play out their fighting energy in a healthy fashion.

Recommended reading if you want to learn more:

The Prism of Lyra: An Exploration of Human Galactic Heritage

The Law of One — Book One